The offer only applies to requests subsumed as integrated. Integrated capacity offer meaning a proposal consisting of at least one PaP and a Terminal slot. The PaP may be Terminal-in- or outbound.

TICO consists of several levels, which build on one another and differ in terms of involvement and formal commitment for all involved parties:

By the beginning of July, the C-OSS forwards to Terminals the train information on Draft TT for the trains that can be expected in Terminals with permission by the applicant.

C-OSS publishes Terminal Slots, which have already been coordinated with PaPs. Once an Applicant applied for a PaP and a coordinated Terminal Slot, the C-OSS decides which Terminal Slot is to be pre-booked to which applicant. In the case of conflicting applications, the C-OSS decides based on the priority rules established by the Framework for Capacity Allocation. These are agreed by the Ministries in charge of Transport involved in ScanMed RFC following Art.14.1 of the Regulation.  Final Allocation of the Terminal Capacity is still conducted by the concerned Terminal. 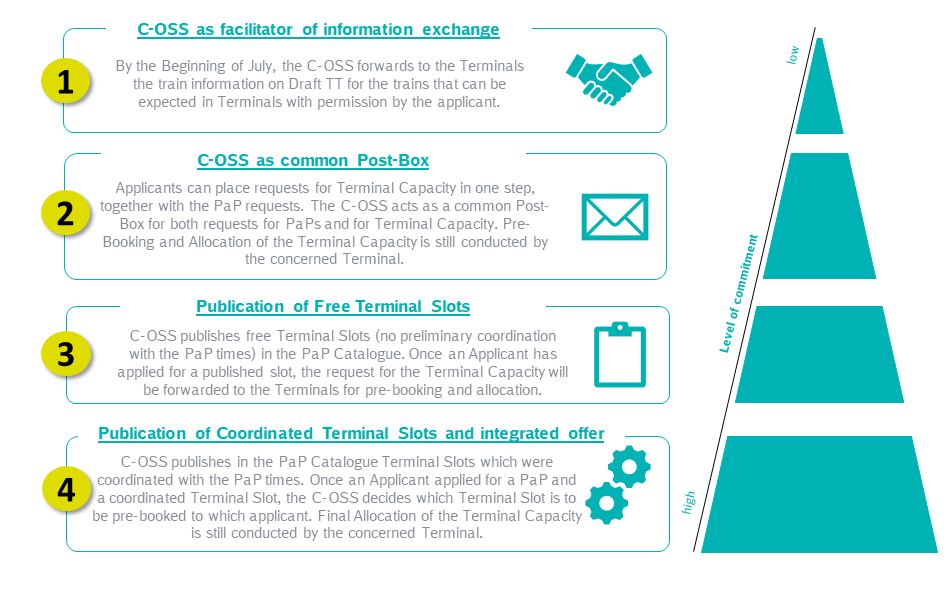 For TT2024 following Terminals participate in the Pilot with the indicated level: 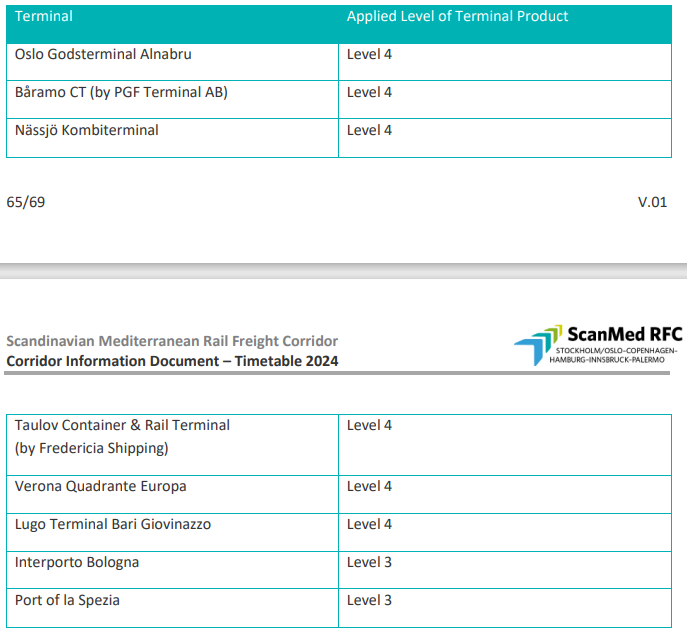 Applicable rules with Terminals participating in Level 4 can be found in Annex 4.F-1. of the CID TT2024.